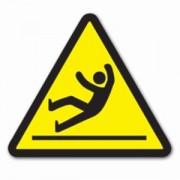 Man, I sure lead a risky life these days. I’ve learned that I am on the bleeding edge of so many wild frontiers, it is a wonder that I’m still alive. When you add in the fact that I’m also in great health, constantly happy, and I even still have all of my fingers and toes, I am expecting a call from the Guiness Book of World Records any day now.

How could this be? Why does our society have this obsession with safety and danger anyway? Have they picked it up from watching TV during the 15 years since I tuned out of the medium?

Modern media seems to have figured out that Fear Sells*. If it’s possible to portray something as Scary, those sumbitches will find a way to do it. They’ve noticed that fear will keep you glued to the set, and fear will force you to make purchases to protect yourself. 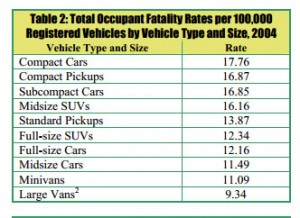 For most US residents, both of these carry a probability that is astronomically higher than everything else described in this article combined. Upwards of 50%. It’s so huge, that almost no other risks matter by comparison. So we can happily ignore everything else and focus on just those two things.