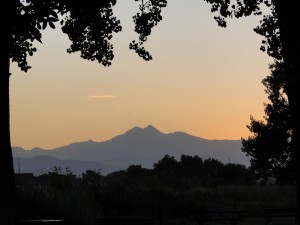 Ahh, I see that sissy the “Realist” has been posting on my blog. I hope that doesn’t happen too often. Sukka’s too soft. You’ll never get anywhere with piddly numbers like $5/month or $5/day.

As a boy, I learned frugality by growing up in a family where my parents didn’t buy much stuff. Instead of having stuff given to me, I had to get a paper route, trudging 6 days every week in the bleak Ontario, Canada weather for thirty bucks. After this experience, earning $4.15/hour in a gas station with a partially heated booth was incredibly cushy and generous. Imagine then, how amazing it was the next year to earn $6.50/hour to work in a convenience store with not only windows and doors to protect you from the weather, but heat and air conditioning that allowed you to wear indoor clothing year-round? I was making $650/month, going to high school, and by the end of a year, I had $5,000 in the bank.

My point is that in the United States and other rich countries, you’ve got it good. Even if you work in Wal-Mart, you make more money than I did, you get to walk around in a huge fancy store, and you can save almost everything you earn if you don’t get ridiculous and waste it all. When I made $6.50 an hour, I knew it wasn’t enough to afford a car or my own apartment at age 16. Well, it was enough, but only if I wanted to spend everything I earned. So I stayed at my parents’ house. When I started making more, I was ready to up the lifestyle a bit.. but not a huge amount.

From here the MMM story goes on. I went to university, but picked the local one so I could live rent-free with family. I worked in the summers and found affordable ways to party so I graduated with no debt. A decent professional job awaited at graduation, so I upped the ante to include my first used car and a house shared with many roommates (rent: $270/month). After a few raises and new jobs, I moved to the USA, doubled the salary, but kept the used car and the living-with-roommates situation. Finally, a 20% downpayment had been saved for a house, so I made the jump to buy my first fixer-upper, sharing it and working on it with my future wife.

At this point, we had it made – double incomes, low mortgage. We let the good times roll a little bit, enjoying the same luxuries as our peers, doing plenty of international travel. But the difference was, we were spending only about 25% of disposable income, while they were spending 90%, because of additional expenses like auto loans, higher mortgages, and hidden stuff like clothes and restaurants.  This meant saving a good $4,000/month, which rapidly compounds and results in a net savings of $7,000/month after a few years. Pretty soon we were on a treadmill that was pushing us forwards instead of fighting one that pulled us back.

For example, when you’re making $30,000/year, you can’t be out buying $7 martinis on the weekends and financing a $20,000 new car. At this level, you are still in the cooking-at-home and riding your bike club. Maybe a $3,000 used car if you can buy it in cash and if it’s really necessary to get to work.