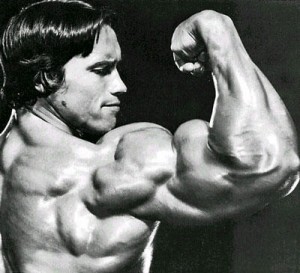 It’s because he just stumbled across a competing personal finance blog that espouses blatantly Anti-Mustachian principles! And yet it has the audacity to call itself “I Will Teach You To Be Rich!”

Here’s the article, called The Psychology of Cutting Back on Lattes, if you want to compare it to your own value system.  And now we’ll have some fun celebrating what is right about that article, and crushing what is wrong about it, in the rock-hard crevice between our biceps and forearms. Or perhaps sweeping the wrong parts off of the street and into the sewer with our stiff, bristling Money Mustaches.

First a word on the author, Ramit Sethi. I had never heard of this guy before, not being part of the regular commercial world, but it sounds like he has some MMM-type attributes himself, which I must admire. He is bossy, opinionated, and wise. He’s a self-described Best Selling Author, which is also impressive, but not something I wish upon myself, because I don’t want to take from you the very money I want you to save

But it turns out he has a different take on frugality. He is more into,

I must admit, he had me caught up there for a while. It did sound like a lot of fun, and it could be a worthy goal to aspire to – IF – the entire world was one big USA and money really could buy happiness and there was nobody more worthy to spend money on than myself and no shortage of natural resources for us all to burn up by increasing our lifestyles beyond the 500%-of-sustainable level that we’re currently running at.

I will admit that the Big-thinking / Be-great-at-everything-you-do component of this philosophy is worthwhile and can indeed bring fulfillment. And after watching some YouTube videos of Ramit Sethi, I actually really like the guy. He is very funny and in real life seems to be quite down-to-earth. That’s probably why people are excited about his blog and the bestselling book. But a true Mustachian can go much further than that.

Then these believers show what happens when the typical clueless Ultraconsumer tries his hand at frugality:

“Oh! I want to cut back my budget this week, so I’m buying less lattes. But Waaah! My stomach craves a latte! Oh, this frugality stuff sucks! I’m going back to my comfortable old life!”.

And that’s the end of the Ultraconsumer’s pathetic attempt.

Well, yeah. It was hard for that person because their Frugality muscles were so weak and flabby and hidden beneath folds of Consumer Flab that they could not even flex properly. Just as I would be whining and falling down in the desert sand if I packed up tomorrow and decided to run the Death Valley Ultramarathon (a 135 mile running race done in temperatures up to 130 degrees Fahrenheit).

For example – today I got up, cooked breakfast at home, then with no shitty office job to attend to, was able to immediately hop on one of my bikes and head out for some errands under a bright sunny sky.

I visited my rental house to sign a lease with a new tenant, then biked to the bank machine to deposit some checks, then to the grocery store to buy some fruits and vegetables. It was a fantastic errand, since I took the scenic creekside route and ended up traveling almost 20 miles in a loop of half of the city to visit all of these places. And I did it at the highest possible speed, carving corners, jumping curbs, wind roaring in the ears,  burning almost 1000 calories in the process.

Afterwards was lunch with my family, and then I took some time to do this week’s load of laundry, which I enjoyed hanging up to dry as part of my personal anti-electric-clothes dryer vendetta. In the afternoon I played with my son in the living room, had some nice conversations with my wife, finished a woodworking project in my garage, then cooked a delicious dinner and later found myself typing this MMM article.

If you look it over, this was a perfectly frugal day – I didn’t drive a car, I didn’t buy anything other than carefully-chosen food from a grocery store.. no lattes, no martinis and steaks, no golf clubs or BMWs. I used very little energy and threw out no trash.

And there was no deprivation at all – I did not suffer or whine, or deny myself any form of pleasure. In fact, it was an absolutely stellar day. And I ended up healthier and richer at the end of it than when I woke up this morning. Sometimes I can hardly sleep at night, because my days are so fun and energizing. I have to get back out of bed and read and write some more stuff, just to process all the joy.