Mr. Money Mustache Receives the Gift of Hardship for his Birthday 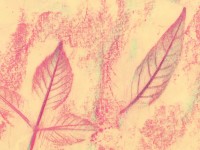 I just had one of my stranger birthday experiences when I turned 37 earlier this week.

Things got off to an early start, when the doorbell rang at 12:01 AM, just as I was considering putting down my book and going to sleep. When your doorbell rings at that time of night, you answer it right away because it’s either someone with a serious problem that needs your help, or someone threatening your family that needs a quick beheading.

Fortunately I could see through the window that it was an old lady in a night gown standing outside, so I bypassed my samurai sword collection* and rushed directly to the door to answer. A blizzard of snow was falling and my neighbor was looking anxiously at the Maple tree in her front yard which had branches drooping almost all the way down to the ground. In fact, all the trees were sagging dangerously and great wooden cracks were ringing out through the night air as limbs dropped throughout the area.

You see, we’ve had a very warm fall here in Colorado this year, with beach-quality weather almost every day, meaning that the trees have not bothered to drop their leaves yet and many of them are still fully green. When you take a bunch of 80-foot-tall trees who think it’s still summer, and dump a foot of wet snow on them, you get some pretty serious trouble.

Anyway, my neighbor was just asking for some help to shake some snow off of the branches and evaluate whether any of the bigger trees might drop a limb through the roof of her little house. I walked around and shook and poked at various branches until the little tree sprung back up. I told her I thought everything else looked safe in her yard. Then I went back to bed. And somewhere in the night, a gigantic branch in somebody else’s yard ripped through a major power line and all systems in my house went offline along with the rest of the block.

The Mustache family woke up the next morning to a still-warm house, since the considerable thermal mass was still fully stocked with stored sunshine from the previous day’s warmth. But it was a chilly 32F (0C) outside with continued snowfall that had now piled up to well over a foot on the grassy areas. We learned that the elementary school had lost power too, and was therefore closed for the day.

We were forced to spend the day together as a family, finding interesting ways to have fun without power. My son was amazed to learn how many things required electricity to function (the garage door and blower for the natural-gas-fired furnace, for example). The gas and water service were still working, so we were still able to cook on the gas range and even get warm water for washing dishes. I learned that smashing coffee beans with a hammer is not a workable substitute to using a coffee grinder, since the grind is too coarse to get a good brew. Mrs. M and I became much stingier with our phones, knowing we had no way to charge them if the battery ran out. I emptied the fridge and freezer and stored the contents in coolers set into the deep snow outside.

Little MM gave me the birthday artwork he had secretly made for me (pictured above), and we spent the day using a snow shovel to build a mountain in the back yard, which we hollowed out to create a snow fort. The sun went down, so we came inside for a candle-light pumpkin carving session and dinner. The temperature began to drop further and the other homeowners on my block started either abandoning their homes to go stay with friends in other towns, or firing up rented generators to restore normalcy to their lives.

This was my favorite part of my birthday. We turned down a generous accommodation offer from some friends, even as the house temperature reached 58F, and the weather forecast called for a drop to 14F (-10C), an all-time record low for this date. We piled all of our warmest blankets onto the king-sized bed and closed the doors and shutters to the master bedroom to lock in as much heat as possible. I filled the 6-gallon glass carboy from my beer-making system with extremely hot water and brought that into the room to slowly release heat through the night as well. The boy decided that we must each tell one Jack-o-lantern-related story by candlelight, then we blew out the candles and closed our eyes. For the first time in I-don’t-even-know-how-many-years, I fell asleep at 8:00PM.

I woke up ten hours later as a distant light clicked on and the furnace started blowing. I could tell from my exposed nose and ear that the room was quite cold, but damn, was that ever a great night’s sleep.  I gleefully contemplated all the advantages of having the power back, and hell no, I’m not going to start living without electricity on a full-time basis. But looking back on it, that sure was a nice birthday present that Mother Nature gave to the Money Mustache family this year.

* No, of course I don’t actually have a collection of samurai swords. Oddly enough, I do have one black sword that appears to be for Ninjas, along with an enormous hunting knife, both left behind by an (evicted) tenant at one of my rental houses a few years ago. I sharpened them both up very nicely and use them for hacking down weeds, although they would also be ideal for unwanted doorbell-ringers.