Can We All Stop This Fucking Complaining About our Government? 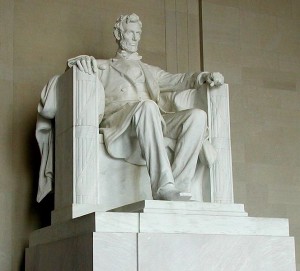 “Obama knows nothing about economics. He’s driving us into a hole”

“The Politicians are all sold to the highest bidder. It’s all a ruse and I can’t believe the voters think they have any say”

“Our whole economic system is a conspiracy, controlled by just a few elites who hold secret meetings. The US Federal Reserve is in on it. The rest of us are slaves to them and we are all so screwed.”

Reading comment like these, I feel like I’m alternately tuning into Fox News while dancing naked at a Tea Party rally, or reading George Orwell’s 1984 while hiding in an underground cave. I’ve got a better solution for people who like to make statements like those above: try a little bit of OPTIMISM!!

I’m a new citizen of this great country. I sat in the big room with the flags and recited my oath with 99 other people from other countries just 410 days ago. Since then, I’ve been on a crash course reading books on US history and the politics of the past and present, as well as that of the rest of the developed world.

Want to know what I learned? The US political system is really not that bad. Want some more evidence? Go and learn a few things about OTHER COUNTRIES. Of course, most people never do this, because they don’t show things like that on the television, but the information is out there waiting for you.

If our government was really that shitty, and the system really so rigged, would we really have such a free, open, and prosperous country when ranked among the over 200 other nations on Earth? True, we’re not the very best, but we are still pretty fucking high up the scale.

Visit a national park and talk to the rangers, and notice their peaceful respect for the land. Those are government employees! Visit the atmospheric research center or NASA and talk to the scientists. They’re brilliant, humble and valuable citizens acting out the will of the people – you and I. If you’re really feeling bold, go commit a crime and get yourself arrested. Observe the treatment you get, and the trial and punishment. Then go commit the same crime in Iran and compare the results.

Learn about Afghanistan and Pakistan, Nigeria and Zimbabwe. Why are these places such a living hell? It’s because their governments are FAR MORE CORRUPT! Even Mexico, blessed with immediate proximity and free trade to the world’s biggest economy, is absolutely crippled and dysfunctional compared to the country sitting just on the other US border: Canada.

All of these countries have the same species of being living in them. Their intelligence levels are very similar. The biggest difference: the quality of their governments!

The US government is made up of MOSTLY REASONABLY HONEST, REASONABLY COMPETENT public servants. There are a few assholes and a few power addicts, just as there are in any private company. This is a natural byproduct of the fact that the human race doesn’t function perfectly in large groups (observe the history of tribal and later world wars). But you can get an idea of how well the government functions by looking at their work: the country.

I give the US, Canada, Europe, and Australia very high marks in good government. They’re near the top of the world.

So please stop the fucking complaining and conspiracy theories. These guys are not as bad as you think. Read what the most honest among business leaders are saying about the politicians – these people actually have personal relationships with the president and congress. They’re just like you and me.

I’ve noticed that politics and big business are almost like becoming financially independent and this blog. The majority of the country whines about how the odds are stacked against us and only the already-rich can get ahead because the world is not fair. If you ignore the complaints and conspiracy theories and just get to work, you can get as rich as you want. At this point, everyone will accuse you of lying and make excuses for why your story is not representative of real possibility in the world.

Similarly you (yes YOU!) can become a corporate CEO, you can have meetings with the president, you can BE the president, or you can work in government to try to help out with public policy. At this point, everyone beneath you will accuse you of being corrupt and being paid off by corporations and other bullshit that is true at the margins but very inaccurate when applied to government as a whole. Even if you’re the best and most honest leader the world has ever known.

Life works better with optimism. Put that shit on your mirror and repeat it until you are no longer tempted to write shit like the complaints you see on yesterdays’s post about house and stock prices.. or.. update.. some of the shit you see in today’s comments as well. If you want change, go out and make it yourself. But focusing on what you want to DO, rather than how you don’t like what others have DONE, is the only way to do it.

Previous Post: Houses and Stocks are Going Up – Who Cares? Next Post: Food Rules – a Shortcut to Better Health