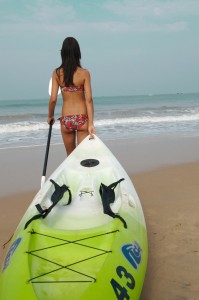 If you’ve ever told a non-Mustachian about your plans to become a very early retiree, you’ve probably had to deal with a volley of skeptical questions.

“How can you be sure you’ll have enough money for such a long period?”

“Why did you quit working so early, when you could have had hundreds of thousands more with just a few more years of work?”

“Sure, you may enjoy a frugal lifestyle now, but what if your tastes change in the future? Or if you eventually have expensive medical needs? I wouldn’t want to be locked out of a high-wealth lifestyle in my golden years, just because of a choice I make right now.”

Questions like these make sense, and because they are genuine attempts to learn rather than just complainypants statements, they deserve real answers rather than just punches in the face. I got a lot of them after posting the article about how we saved for retirement in 9 years on two regular engineering salaries.

Although I will never lose my love for an efficient and simple lifestyle, I’ve actually got a secret plan to get quite a bit richer over the next 40 years. It’s secret, because I don’t want this blog to become one of those Big Income Big Spender (BIBS) blogs that everyone else writes. But it’s not complicated – the trick is simply that I’ve been maintaining a positive savings rate, even in retirement.

To understand the implications of that, check out the following two examples:

Jack and Jill are two single MMM readers in their mid-20s. They are both planning to retire by 35, and each has determined that their his or her annual spending level is about $20,000 per year.

Jack follows the popular “4% withdrawal rate” guideline, and determines that he needs $500,000 in assets to fairly reliably generate that income for him for life. As soon as he hits the $500k mark, he quits his job.

From that point onwards, he resolves to devote all his efforts to charity or beach-sitting and never earn another dollar. He also decides to keep spending $20,000 per year whether he needs to or not. Just for fun, let’s say the stock market conditions are worse than average throughout his retirement, so he slowly uses up his nest egg and when he dies at 108 years old, he spends his last few thousand dollars on a scholarship for his great-great-granddaughter. Not too bad a life story, but it was a close call, financially.

Jill has also estimated that she’ll need $20,000 per year in retirement, so she also works and saves until she has $500,000. At that moment, she is financially independent just like Jack. And she has grown tired of her corporate job, so she’s ready to hang up the keyboard. But like Mr. Money Mustache, she has a secret plan to end up much wealthier in her later years. How could this happen, even after retirement?

To find out, let’s follow Jill after retirement to see how things go.

For the first year, she is in recovery mode from putting up with 15 years of corporate work. She spends her weekdays doing projects around the house and getting back into shape, her weekends visiting her still-working friends and family, and several weeks taking a few of the trips she had been postponing. Whew, that was great. The whole $20,000 budget was spent and she earned nothing. But by spending so much of her newfound free time socializing with friends, she learned of several interesting opportunities in her dream field of being a kayak instructor. A tour company was looking to hire guides, and some paddlers were looking for lessons. Someday, she might follow up on those.

By the second year, her house is nicely fixed up and the desire to travel has been somewhat fulfilled. And since she’s an MMM reader, she is occasionally tickled with inspiration towards living a simpler and more efficient life. A few interesting ideas come up, and she tries them out:

The original $20,000 budget had assumed that she’d keep her fairly new Honda CR-V and drive it 10,000 miles per year at 25MPG. Now thanks to the Little Car article, she realizes that a Toyota Yaris is more than big enough for her, allowing her to cash out about $4000 of capital. And with some moderate hypermiling techniques, she gets over 40MPG. Also, she has started riding her bike more, reducing annual mileage. Driving costs have dropped by $2,000 per year, or 10% of her pre-retirement budget estimate.

She also decides to quit her gym membership and join a rotating workout-with-friends circle instead, loses some of her taste for gadgets or perhaps another of her more expensive hobbies the next year, and realizes that all around, she now lives on $15,000 per year.

Meanwhile, the simpler lifestyle proves energizing and frees up time. She starts kayaking more, and teaching lessons on the side. This turns into a regular class she offers through the local community college, which brings in $1250 every time she runs it. To avoid feeling like it’s a real job, she does only four sessions per year, bringing in $5000 (and netting her a nice tax deduction for any kayak equipment as well).

One day, one of her kayak students is a guy named Jack. He’s a handsome early retiree who has a lot in common with her. As luck would have it, he’s actually a closet MMM reader! Once they discover they have Mustachianism in common, it is inevitable that they fall in love. Jack’s solitary fate above has been changed, and now they live together, and eventually end up married with combined finances. (Don’t worry, when two Mustachians live together, the joining of finances is far from a source of potential relationship friction, it’s more of an aphrodisiac)

Paired up, they are able to share one house and car. Despite traveling much more together, their yearly expenses drop to $30,000, while they still have passive income of $40,000. On top of that, Jack rents out his old house for a $5,000 per year net profit, plus there’s Jill’s teaching income of an extra $5,000 per year. That leaves a savings of $20,000 to be re-invested annually.

Over time, this $20,000 stream accumulates and compounds at 5% after inflation, and raises their combined net worth by an additional $1.329 million over the next 30 years. This is on top of the $1 million they already had, automatically growing with inflation while also pouring out $40,000 towards their living expenses each year that also adjusts with inflation. They end up with a total ‘stash of $2.329 million by age 65 or so, just in time to start enjoying the additional (but totally unnecessary) boost of Medicare and Social Security benefits.

It’s a fully fictitious example, of course, but it’s not a far-fetched one. I’ve already told my  own story many times of retiring, but then ending up finding I needed less to live on than previously estimated (we originally expected to spend $32,000 per year). Then we both ended up working part-time during various intervals, and will probably take on even bigger projects when our boy grows up.

Since retirement in late 2005, we’ve still ended up saving even more than the $20,000 per year described in the example above, meaning we’re on track to have several million extra dollars saved by age 65. If you do your own retirement planning with a reasonable safety margin built in, making conservative assumptions on both the income and expense side, the same thing is very likely to happen to you too.

But you don’t have to be insanely conservative, working for year after year to ensure a gigantic starting nest egg before daring to retire. I don’t know a huge number of early retirees, but the ones I do know have always found that:

Once you quit a full-time job, you just need a small positive savings rate to stick around and keep trickling into investments. This will automatically become a cash snowball as you go about your daily retired life. By the time you’re old enough to need it, it will be bigger than you can possibly need.

So don’t think of the date of your Early Retirement as “The last dollar you’ll ever earn”. It’s just the First day of the rest of your life!

Previous Post: Food Rules – a Shortcut to Better Health Next Post: Internet Sharing – How to Get Revenge on the Cable Company