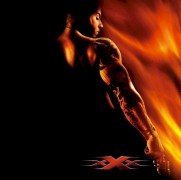 I’ve got some terrible news for the most dedicated Mr. Money Mustache fans, those strange but generous people who post positive comments here and there around the Internet or in the comment sections of this website, sometimes idolizing the bossy older brother of the FIRE movement.

I, Mr. Money Mustache, am not actually a particularly amazing man. In fact, I suck at many or even most things. Even in the area of early retirement, my primary superpower is simply my ability to not buy things. Furthermore, even if there are certain things I do fairly well, there are thousands or millions of people around the world who do them much better.

Yet I’m not disappointed by all of these glum-sounding shortcomings. In fact, I’m downright excited about them. The fact that I’m still performing poorly relative to my potential as a human is actually one of my greatest motivators. And if you choose to allow it, it can be one of yours as well.

In our culture these days, there is an interesting type of cancer which affects a certain chunk of the population. The modern word for these people is “Haters”, and they’re the folks whose comments you see dominating any online news article about anyone who has done something interesting.

A parent who found a new way to raise their kids, a formerly-overweight person who found a way to slim down to athletic proportions, or a person who dared to spend less than they earned and suggest it was a worthwhile thing for others to try. According to the haters, there’s always something seriously wrong with the person in the story… and yet miraculously there’s never anything wrong with the haters themselves.

So we read the success stories, and then we read the criticisms, and we are confused. Should we be inspired, or pissed off? Are the haters the wise, sober realists they portray themselves to be, or are they just assholes?

Thankfully, there’s an easy way to sort out the confusion: Ask yourself: Which group of people is the one getting the good results?

“Man, I’ve really messed up my back, because I had to work so hard at the office and never got a chance to exercise. And now that my back is messed up, it’s even harder to exercise, which is causing me to gain weight really quickly. That messes up my back even further, and … “

“These credit card companies are really ruining my credit. It all happened because my damned employer laid me off right in the middle of a recession.   After that, I just went deeper into debt and nothing has gone my way.”

I’ve had conversations like this while the victims and I were in a seated position, consuming pizza and beer followed by sugary desserts. And yet the problems were still pinned on the oppressive workplace and the bad luck of ‘old age’ dishing out the lower back injury.

I’m not asking the haters and victims to jump up and instantly transform into muscular self-help gurus, ready to start writing books and set out on the public speaking circuit. I’m not even asking them to put down the pizza and start combing Craigslist for a good set of barbells.

All I request, for now, is that they start acknowledging that they, just like me, currently suck.

“You know what? I’ve managed to mess up my back, because I played the mental self-denial game and let myself get weak and out of shape. I spent my days slouching in a chair at work, and I wasted my precious free time watching TV and drinking beer.

I know that in order to maintain an injury-free back I should be doing at least an hour of walking each day, plus some stretching, and a full suite of weight exercises like squats, clean-and-press, and pull-ups as part of workouts spaced throughout the week.

I also know that if I consume pizza, beer, and cookies, I’m going to gain fat very quickly no matter how much I exercise. But I pretended I was still fifteen years old and that my body would forgive me for treating it like crap.”

As it turns out, this mental reset is essential to achieving greatness, or even making much progress, in any area of life.

Applying it to myself, I can see quite plainly that I still don’t look anything like Vin Diesel, I haven’t contributed nearly as much to reducing poverty in Africa as Bill and Melinda Gates, and I haven’t even written as many articles here on Mr. Money Mustache as I would have liked.

But these sad shortcomings are not because of genetic deficiency, or lack of being in the right place at the right time, or being too busy with the demands of parenting.

While these factors could become the seeds of some pretty good excuses, the excuses won’t help me get ahead. So for all practical purposes, my shortcomings are simply because I have sucked so far, and it’s quite obvious that I can do better in all areas.

Without the fake excuse that the outside world is making you a victim, you’re finally free to move up in the world.

If you get a chance, try expressing your hardships in a way that acknowledges the fact that you do, in fact, suck.

You’ll probably find that your partner starts to disarm and acknowledge that there is just a small chance that they may suck as well.

And from that baseline of humble and modest suckiness, together you can start to build some real Greatness at last.