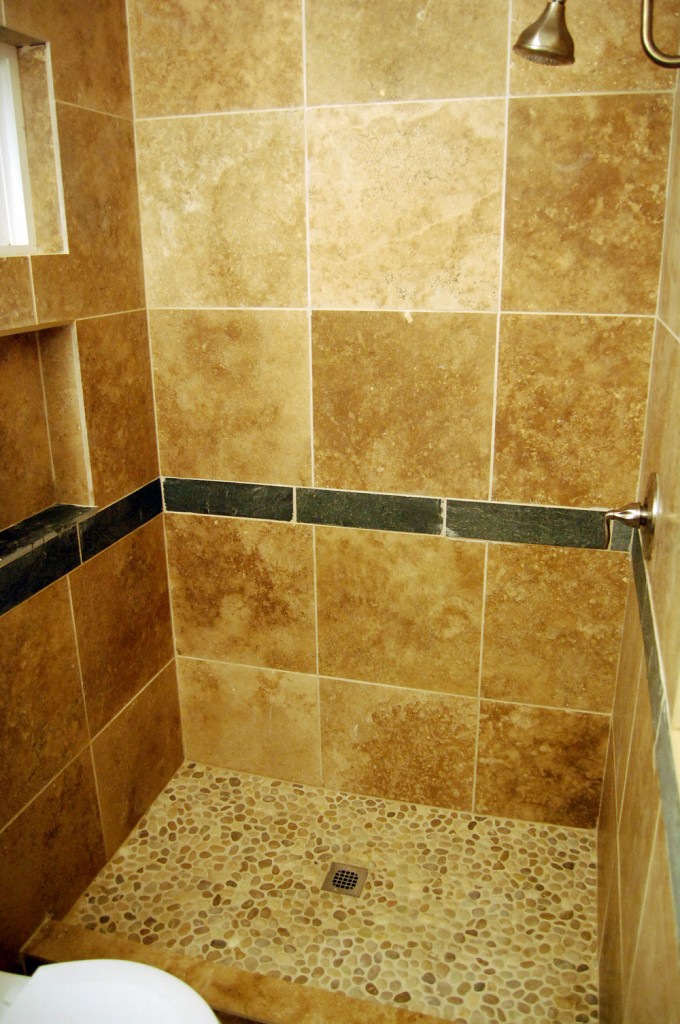 The basic idea is this: we’re making an absolutely waterproof concrete bowl with a drain in the middle. Usually there will be a raised “curb” at the edge, and a nice tile or stone surface above the concrete. After you finish the bowl, tile it, and grout the tiles, you move on up to tile the rest of the shower walls. But it all starts with the poured showerpan. 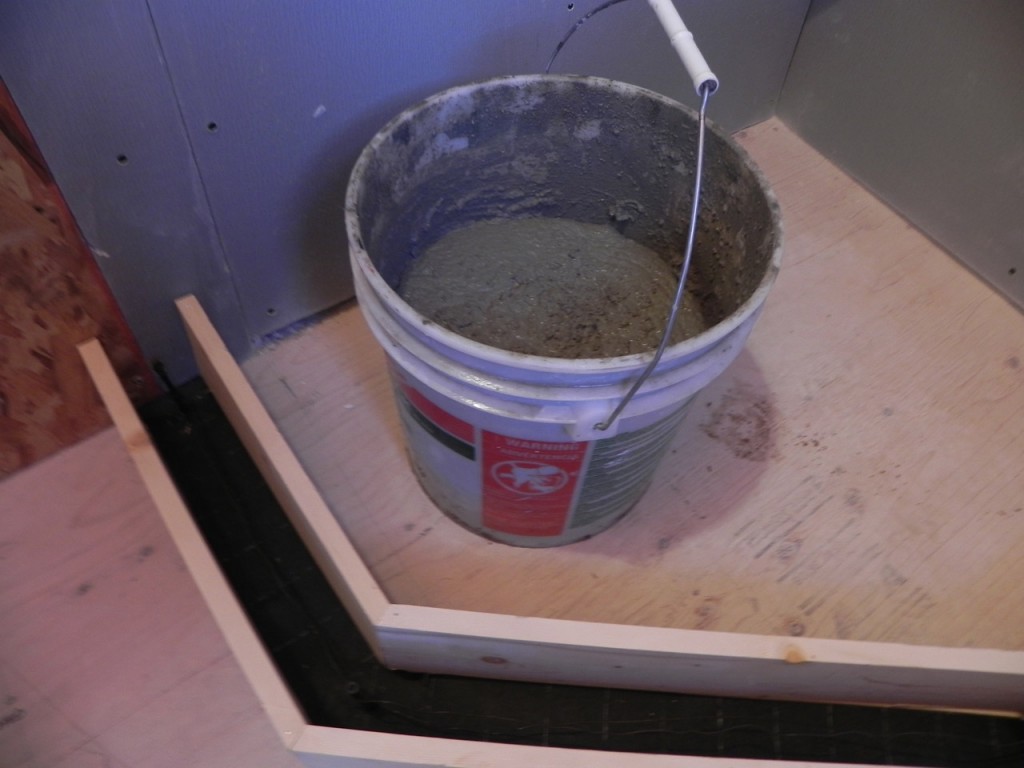 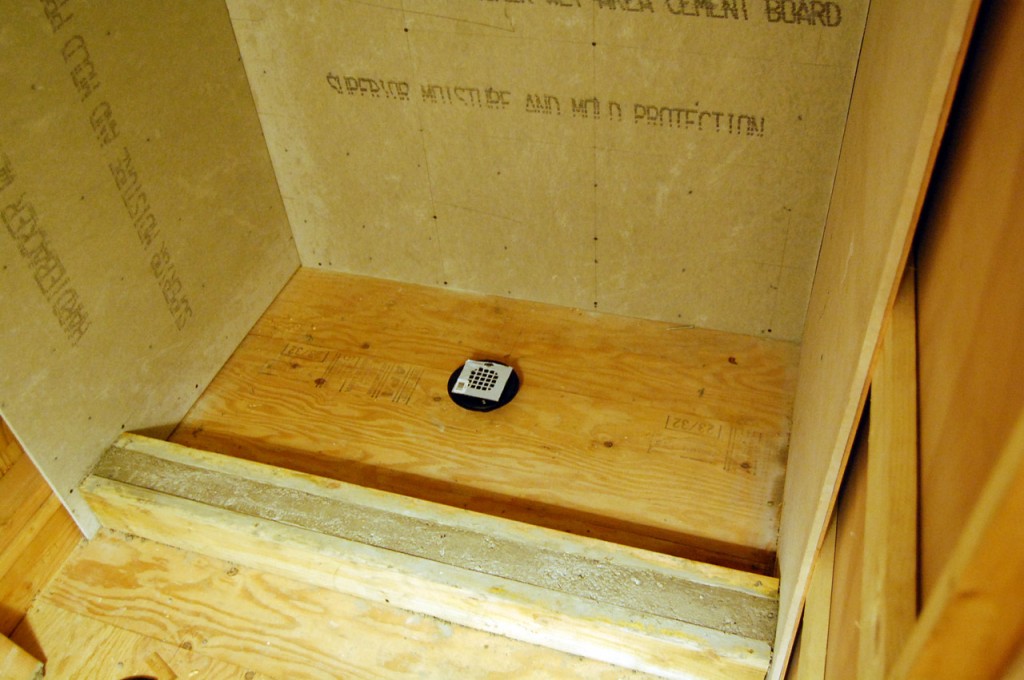 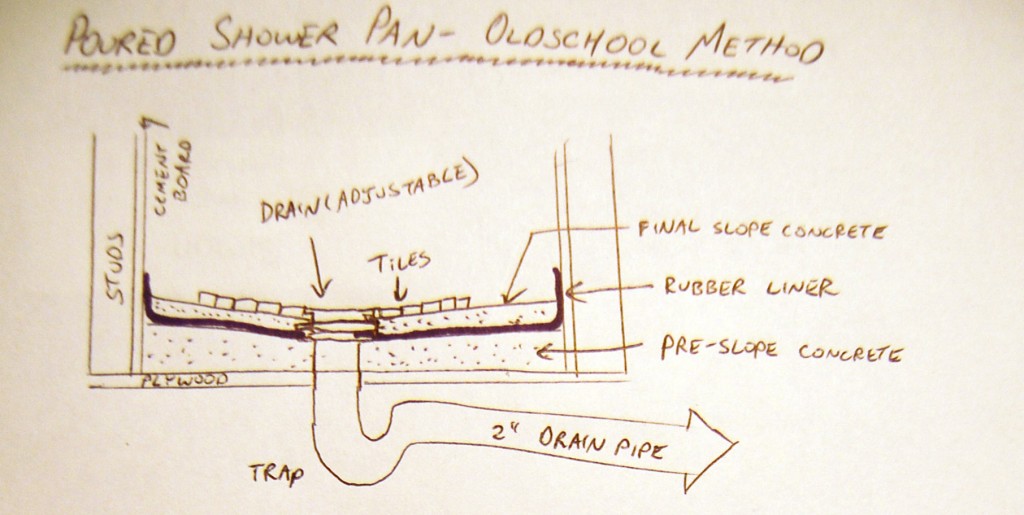 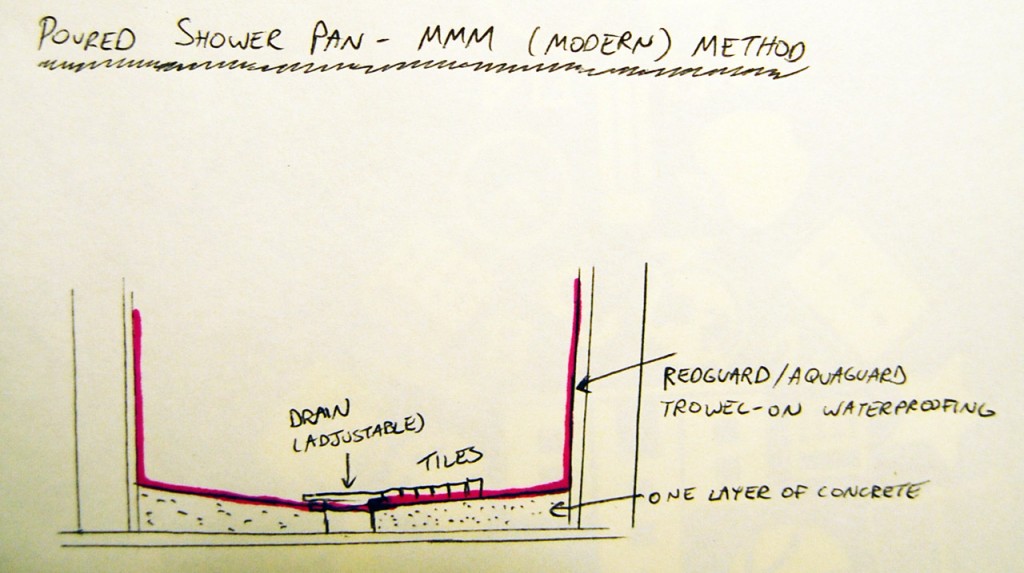 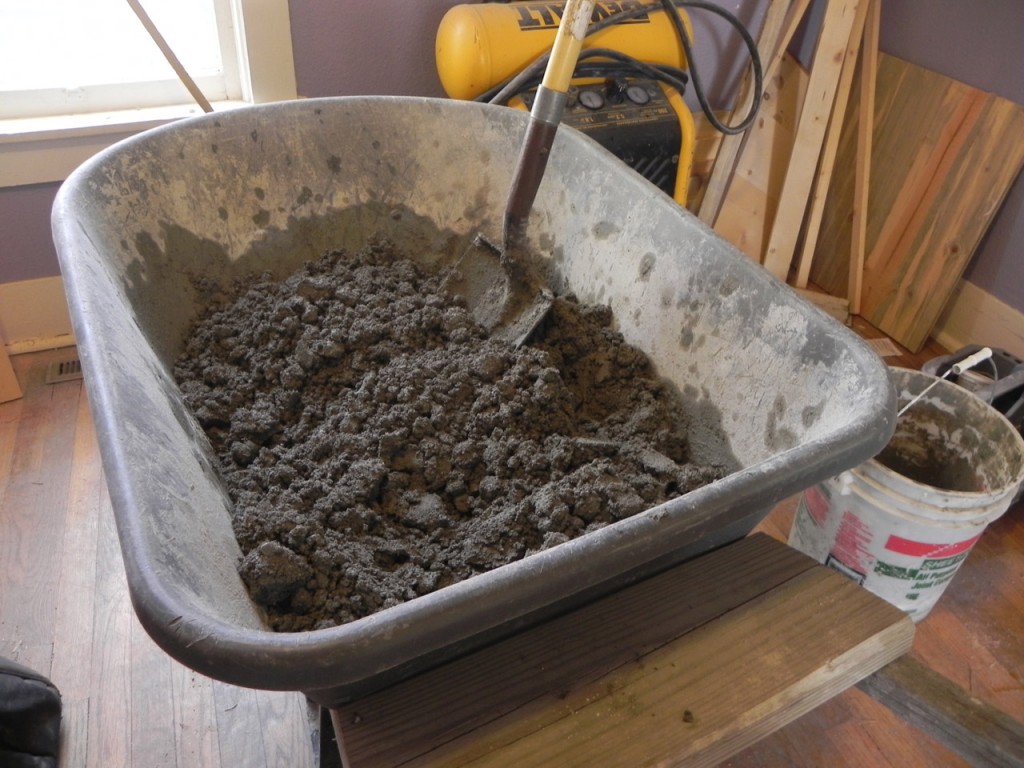 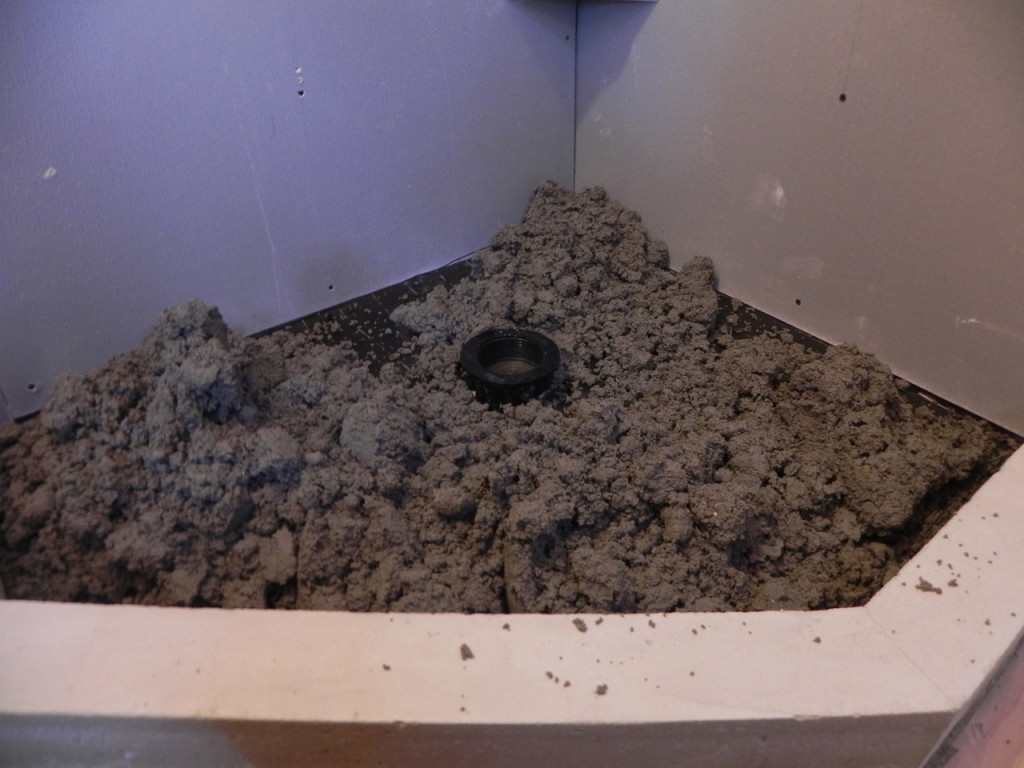 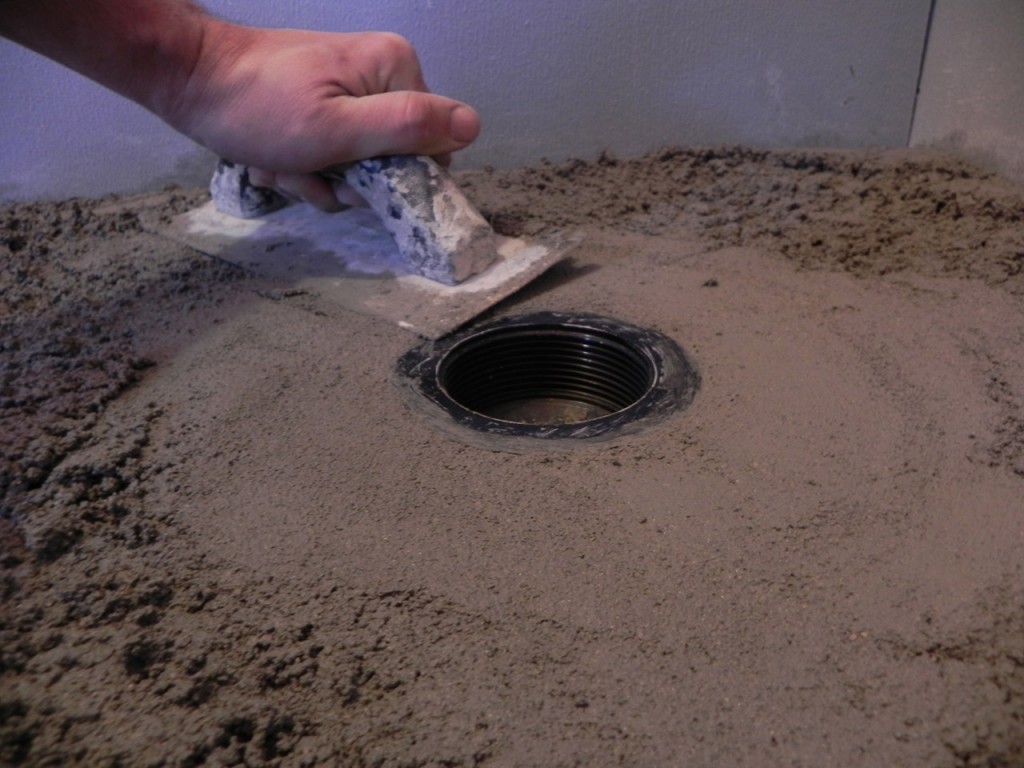 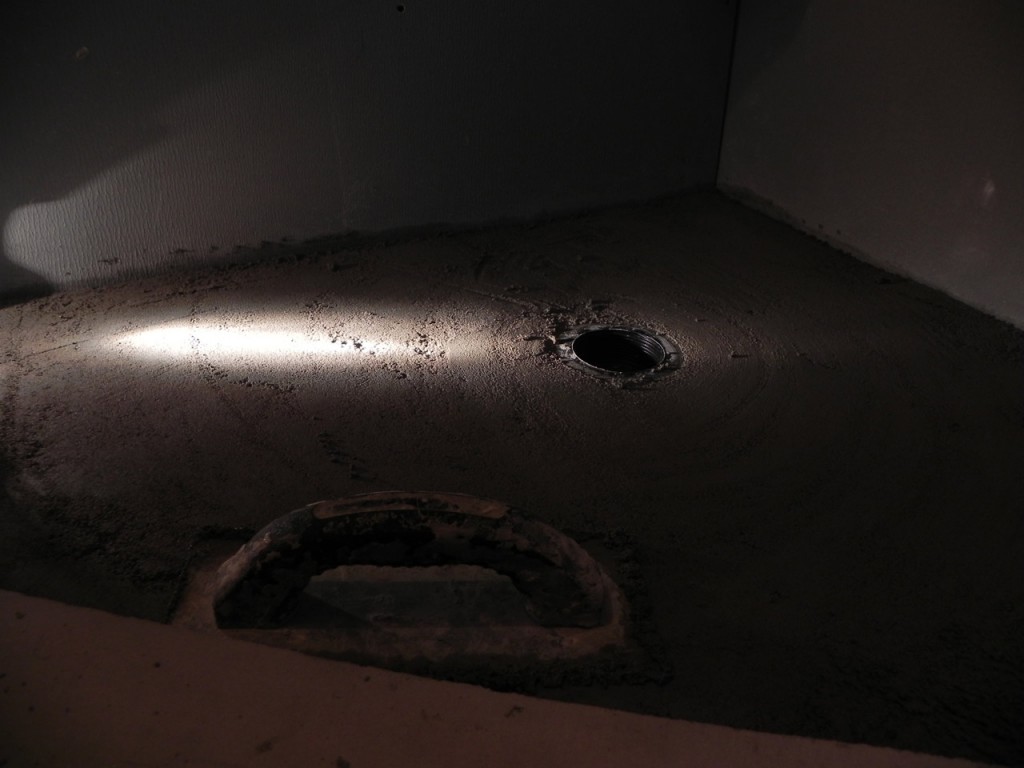 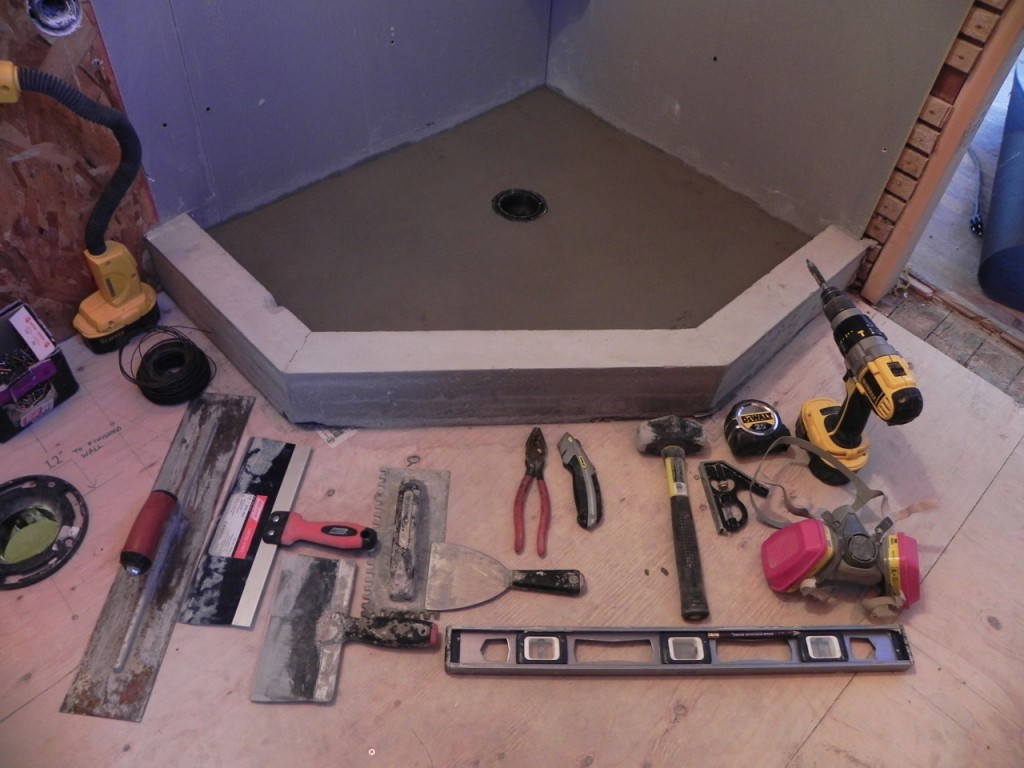 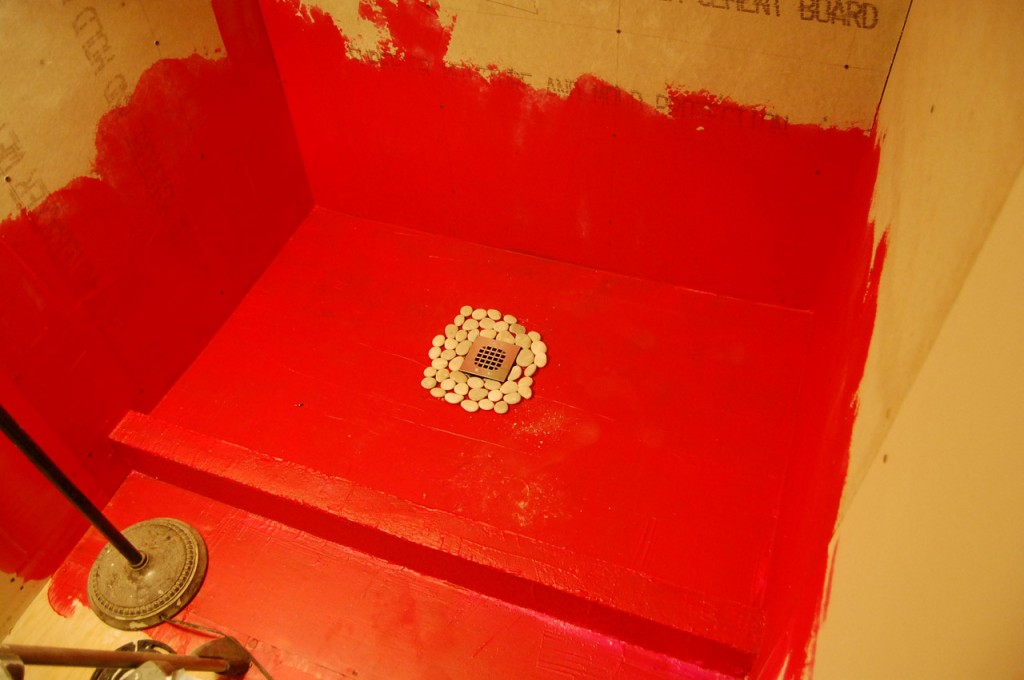