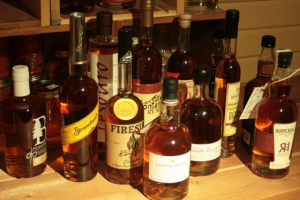 That’s what I asked more than a year ago, when first alerted to the presence of a large number of people who I’ve never met, who were carefully and yet completely inaccurately speculating about the life and times of Mr. Money Mustache.  Lucky for me, the answer came immediately, in this brilliant poem/comment that Jacob from Early Retirement Extreme posted on this blog:

The IRP does grant one exemption should you become bored with the activities above. You can work for a nonprofit organization. Make sure you’re not getting paid though even if you have to plead your case with the CEO to put in special exemptions. Accepting money obviously means you didn’t do your retirement-math and that you ran out of money a couple of years after retiring. After all, what other obvious explanation could there be? (Besides the obvious ones) If you can’t find a way to work without pay, it’s best to head back to the beach towel and sit on that.

Just to be clear: You’re most definitely NOT allowed to be a kayak-instructor in your retirement. While it may sound like a fun job that you picked yourself even if you didn’t have to, the keyword is J-O-B. You can, however, spend a Saturday morning dressed up as an elephant handing out fliers and free lemonade at the entrance. And if you really must instruct in kayaking, please avoid doing something more engaging than blogging about kayaks (and if you do blog, try not to make the blog popular… because … then the blog would be a job!).

Next, I feel like I should warn MMM readers lest they stumble into the retirement pitfall of saving money by living frugally. You can’t do that! According to the IRP saving money IS a full time job and—try to follow this—since you can’t have a job and be retired, you are not allowed to save money in retirement. You see, if you save money by doing your own cooking, you’re now WORKING as a cook, thus no longer retired.

Jacob wrote that comment hastily in the discussion section of First Retire, Then Get Rich, but I immediately Tweeted out a link to it, sending a warning shot across the bow of the Early Retirement Police Boat. And now, at long last, we are going to sink it for good.

Or it can be completely different. The only rule is that you theoretically must have sufficient savings (or other assets) that you could live indefinitely off the passive income they provide, and these savings must give you the freedom to realize that any work you do is totally optional.  You don’t actually have to live off the income, it just has to be there.

Why does Mr. Money Mustache get to define it?
Because I have the biggest Early Retirement blog. If the Internet Retirement Police would like to supersede my definition, they will have to start their own blog, calling it something like www. mrmoneymustacheisnotreallyretired.com, build it up to be more widely read than this one, and then propose their own definition. Only at this point would the torch be passed and the definition of Retired be up for discussion.