Eulogy to Another Great Dad 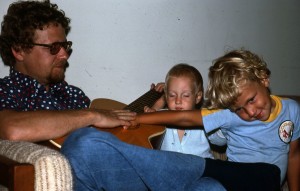 About five years ago, one of the earliest readers of this blog was generous enough to share the life story of his beloved father, who had recently died before his time. I called the post Eulogy to a Great Dad. It was one of my favorite stories, because it was apparent through his son’s words that this man had really devoted his life to being a good father and a good person in general.

Dad stories are also particularly meaningful to me because it’s my own primary mission in life right now. My main motivation for retiring early was a desire to put that role as the top thing in my life. At age 30, I set aside 20 years for this project with a goal of being cool, understanding and infinitely supportive to any kids I might have, with anything else coming a distant second. Now eleven years into that project, it remains the one thing in my current life that I manage to stick to without any compromise, and thus without any regret.

Lots of this was inspired by warm memories from my own upbringing. Our entire family, while not the glamorous and self-actualized group of perfect humans they used to make TV shows about, was still way up there on the happy outcomes scale. My Dad was a big part of that, always thoughtful and non-judgemental, encouraging learning and healthy behavior and frugal living through his presence in the household. Although my parents ended up separating in the early 1990s, they finished most of the hard work of raising us four kids first, and I know how much work that must have been.

The highlights of this father-and-son relationship revolve around music, writing, learning and travel. My Dad had been a musical semi-genius since birth, and as a result our childhood came with free impromptu concerts every day. He was always disappearing to play some badass jazz piano on the glossy black 1974 Yamaha upright, or picking effortlessly on the acoustic guitar, occasionally throwing in formal or silly lyrics with his fine tenor voice. In the 1980s, he let me move the family stereo system permanently into my bedroom to nurture my own budding love of Music All The Time. All four of his kids now place music at the top of their list of favorite things in life.

In 1983 he reached the age of 40, and bought a red and black Kawasaki motorcycle, joking it was a frugal way to address a midlife crisis. I was 9 years old at the time, and that summer we embarked on a long roadtrip down to Kentucky – just the two of us, with just some saddle bags full of clothes and picnic supplies. I still remember every detail of that trip – the thrill of highway travel with the asphalt rushing just below your feet, the novelty of crossing the US border and the stern nature of the officer who questioned us, the steep winding road to the Best Western hotel on a panoramic hilltop, and a week of spelunking and guided tours in the wild underground world of Mammoth Cave National park. Decades later, we would both still cite that Father and Son Adventure of Questionable Safety as one of the highlights of both of our lives.

Eventually all of us kids grew up, and our relationships remained loving and open. We’re oddballs in the sense that we don’t tend to remember each other’s birthdays, or remember to make the right phone calls or send the right greeting cards, but once reunited we resume the deepest and most interesting conversations as if we had never left the room a year earlier.

Starting this blog in 2011 brought an unexpected boost in my friendship with my dad, as he was one of the first subscribers and continued to read every article as they came out. He would often send me his thoughts on posts he enjoyed – searching my email reveals at least 50 such emails, with titles like “Latest MMM” or “Current Column.” He even participated occasionally in the writing, once sharing this post about frugal shaving, and another time interacting playfully in the comments section with my sister as if they were not related. Like me, he connected more deeply with people through writing and his own career was as a writer of advertising, editorials, books, and articles.

I learned a lot from Dad, and he claimed to learn a few things as he watched me grow into adulthood as well. Noticing the heavy emotional burden that negative thoughts would place on my life as early as high school, I deliberately became an optimist instead, reading self-development books and experimentally applying their principles to the world. The stuff actually worked, and he noted the ongoing benefits of what I called Outrageous Optimism, as he watched things happen in my life that he had formerly assumed were not possible. He decided he should work a bit more on optimism as well.

During university, he let me move into the spare bedroom in his apartment which was near the campus, and I enjoyed teaching him weight training and physical fitness while he taught me about stock investing and jazz piano chords. Those two years of being adult roommates were a valuable finish to my time of growing up as his son.

It was a good thing that all these good things happened during our lives together, because in October of 2016, he started having some difficulties with certain words, prompting his caring wife to start keeping track of unusual occurrences in a dated journal. His appetite shrank a little, and he lost a few pounds from his already-slim frame.

One day, in a slow-motion piece of cinematic tragedy, his wedding ring slid off of a narrowing ring finger as he walked through a parking lot, and it turned out to be lost forever, like the growing number of words he could no longer quite bring to mind.

He checked into a hospital, where they scanned his head and found that a dark mass had formed within.

When I went back to Canada to visit him in that hospital, I could hardly believe he was sick. He looked just fine – same alert eyes set in friendly wrinkles, the same compact and upright body, and the same familiar voice. But he was also significantly different – focused oddly on the present and with very little concept of the future.  He was able to understand advanced conversations and free from worry, but with quite a bit of difficulty expressing concepts or figuring out how to find his place in a book.

The problem was a rare but incredibly tough form of brain tumor called Glioblastoma. Affecting people seemingly at random, this type of cancer builds itself into a lump in your head that grows very rapidly, crowding out the blood circulation that allows your normal thought processes to take place. Patients of this form of cancer live only a few months to a couple of years, depending on whether or not you can slow it down with surgery and radiation.

These last few months were tough, as this brilliant, witty man faded quickly to become a confused, sleepy person with limited speech and recognition, who then faded purely to sleep. His last systems finally shut down on the evening of January 13th, thankfully in an extremely peaceful hospice with loved ones nearby.

We’re all sad, of course, but also much more grateful than I would have imagined. Although cut short by a decade or two, our Dad’s life overall was one of a lucky person. Like the first Great Dad at the start of this article, Dad’s four children and the loving wife that survives him have great respect for the way he lived, and his six grandchildren will have only fond memories of a man of readily offered kindness.

For my part, his sudden passing has shaken up my life. Originally shocked and depressed to hear what was happening to him, I eventually passed on to accept reality, and also become much more aware of what mortality really means. I’ve lived a long time already, and it has been quite an experience. But it really could end at any moment, and even if I evade disaster, the odds say I’ve used up a full 50% of my lifespan.

Perhaps even more notably, I’m suddenly on the tipping point between the labels “young guy” and “middle-aged man.” I’ve been a young adult forever, and this is the first time in life I’ve realized that stage can actually end. This means that it would be foolish for me to waste any of it, and I am suddenly much more hesitant to let any days go to waste.

If you found out this evening that you only had one month to live, imagine how deeply you would crave that warm carefree phase of your life that came just before – when the supply of healthy days seemed unlimited and you could do anything. That unlimited supply of life, which you took for granted and wasted on unnecessary arguments and commuting and television, would suddenly seem like the most precious and unattainable luxury in the world.

I realized that for now, I am still in that happy, carefree summer of unlimited life. I still have the luxury that my Dad lost so suddenly, and holy shit do I feel lucky to have it now. So I’m going to get up and enjoy a lot more good times while this sun shines. 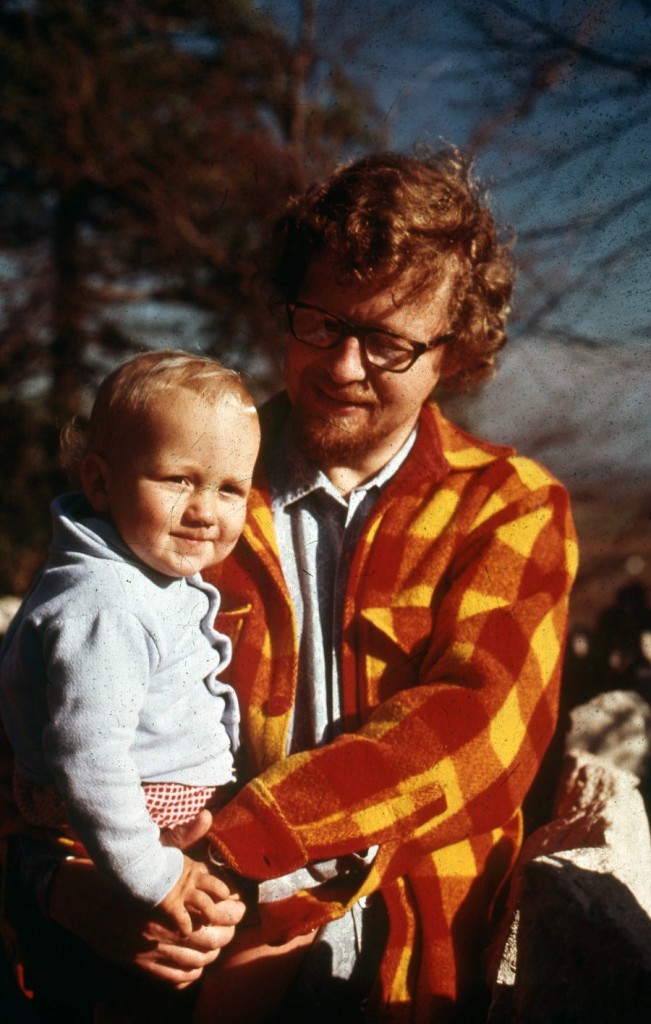 Beyond the living descendants and many memories in everyone he knew, my Dad left behind plenty of written words and even some music. We found his little digital studio recorder sitting on top of that same black Yamaha piano, which still sits in the house where his wife now lives, newly alone. The memory card contained five beautiful little songs he had been working on recently, and they captured his memory for me above all other mementos.

I can hear his soul perfectly in the timing of every one of these notes, and see his hands, still infinitely nimble after 73 years, hitting the black and white keys as they flew across the piano, powered by a mind that had thought in terms of music since 1943.

I have uploaded a copy here just in case you want to put on some headphones and play it for yourself. These songs didn’t have names, but my sister decided this one can be called “Stars”

Rest in peace, Dad – we will all do our best to live on and live well, in your honor.

Previous Post: Staying Fit With No Gym in Sight Next Post: A DIY Case Study: Building a Fancypants Detached Studio