Guest Posting: Annuities – a Solution for the Cautious Retiree? 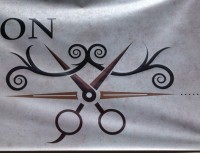 The Following is a guest article submitted by a long-time Mustachian named Gerard. In the past, he has worked in the annuities department of a financial firm, but now he’s a university professor on Canada’s East coast in a completely different field. Many thanks for the free lesson, Gerard!

Mustachians often deal with our nemesis, Complainy Pants, but less with CP’s sibling Scaredy Pants. CP says “I can’t,” while SP asks, “What if?” Many of us probably have more sympathy for SP, as our courage and optimism is tempered by some caution. We are planners, after all.

Today I’d like to borrow a little room to talk about two SP what-ifs that might be more relevant to MMM readers than to other people:

“What if the so-called Safe Withdrawal Rate doesn’t hold up for me?” After all, the classic safe-withdrawal models are based on making your money last for thirty years, and many of us are looking at far longer “retirement” spans than that. The longer the span, the greater the odds of a really bad spell that leaves us in a pinch. In our earlier years, we’ll have greater opportunities to make up the difference with extra work or mobility, but that option declines as we do.

“What if I live for a very very very long time?” Same concern, really: a longer retirement span than people usually plan for. There are an awful lot of long-lived cyclists and dancers and nature-lovers and gardeners and healthy eaters and optimists out there. People like us. Again, we need our money to last and last… or we might, at any rate.

The simple answer to this two-headed question, of course, is to save a whole lot more money and aim for a lower withdrawal rate. This is the money equivalent of over-engineering, when you reinforce buildings for the strongest possible winds, or build levees for the highest possible hurricane waves.

The problem with this simple answer is that it isn’t easy, and perhaps not even sensible. It puts us back in the “I need millions to retire” category, and financial independence then moves farther out of reach of many lower- and middle-income people.

Another solution would be to spread the risk. It’s foolish for every one of us to save far more than we’ll likely need, just in case we live to be 110. One or two of us might, but all of us won’t. What if we pooled our savings? We could then each take a higher percent of our money out of the pool every month. Over time, some of us would die, thus reducing the amount withdrawn. Eventually there’d be only a couple of us left, but there’d be enough money left too. We’d all die broke, but we’d never live broke.

Ideally, we’d figure out our safe withdrawal rate by having our combined likely lifespan calculated by somebody with experience at that. An insurance company, maybe. These actuarial calculations let defined benefit pension plans make reasonable payouts despite smallish contributions. What we need is the equivalent for private citizens.
Of course, such products already exist, and they’re called annuities. You give insurers a pile of cash; they invest it; every month, they pay you much of the earnings and some principal. They hope you die soon; you hope you don’t. Basically, it’s life insurance in reverse (in fact, insurance companies sell annuities to offset some of the risks of life insurance). Because their risk is spread across many recipients, and because they’re basically giving you back your own money, annuity issuers can afford to give you more per month. Right now, a 65-year-old Canadian male would get about 7% returns…. taxed at a very low rate, as some of the money is yours anyway. This is not great, but it’s much better than current returns from other super-guaranteed sources of passive income. If you plan well, you buy annuities during times of higher interest rates, and get high rates of return locked in for the rest of your life.

So, should everybody reading this jump into annuities? Probably not. In fact, some people probably aren’t even reading this paragraph, because they’ve jumped to the end to comment on how bad these things are. For the rest of you, let’s look at some problems:

1. Annuities are often sold by high-pressure sleazebags. Well, yes. Just like whole life insurance. In fact, it’s the same sleazebags! But that doesn’t mean that nobody needs insurance. Shop carefully. Research your potential providers. Different jurisdictions have different legal requirements for issuers. Remember, you’re talking about handing over a huge whack of your money.

2. The house always wins. In other words, the issuer is very good at calculating your likely life expectancy, then scraping off a generous profit and paying you the rest. This is presumably true… unless you win and live for a very long time, which you might remember is the problem that brought us here in the first place. Issuers may ask you about pre-existing health conditions and smoking history before giving you a quote, but they don’t know that you’ve spent decades cycling 150 miles a week and playing with your family and breathing clean air and avoiding workplace stress. This is your one chance to really stick it to an insurance company without dying or cheating.

3. I’m not 65. This is a major issue. Annuities, after all, are designed as income for the great majority of people who retire late. It’s hard to get an annuity to pay out if you’re younger than about 55, and your return will suck. As it should – even extremely unhealthy people are likely to live well past that age, and the issuer can’t be doling out big gobs of your principal for that many years. Young retirees should almost certainly avoid annuities. But once you hit an age where you don’t really want to head back to work if things go wrong, annuities start to make more sense.

4. I’m very smart. Mustachians are by nature researchers. Many of us know a lot about how to get reasonable returns on our capital. And we’re rational and contrarian enough to be willing to buy when stuff is cheap and people are scared. That high-dividend stock or rental-worthy house we bought when we were thirty is going to be paying crazy returns after 40 years or so. Probably. On the other hand, we may hit the point where we don’t want to be dealing with tenants, or we can’t manage our own affairs all that well, and we need something that’s completely idiot-proof. Especially when we’re 110. The very old clueless know-it-all landlord is a menace to society and often to himself.

So really, most MMM readers shouldn’t be rushing out to buy one of these things tomorrow. But there will come a time when that might change. (Funnily enough, planning for later life seems to be a blind spot for many in the Financial Independence / Retire Early community. Many of us are too young to want to think about those years, and once we’ve re-imagined retirement as an active, agentive thing, it’s hard to remember that we’ll also need to account for the Depends years.)

With a little extra work or frugality to cover a lean year or two, your little green employees should get you through the first long stage of your retired life. But then they might need to ease back a little, too. That’s when annuities start to make sense.

* Reference materials: these numbers were pulled from Canadian-based annuity quote-finding websites like http://www.lifeannuities.com/articles/2012/annuity-rates-canada-2012.html, but the same principles apply in most other countries as well.

Previous Post: Early Retirement: It’s Not as Risky as you Think Next Post: Unlock your Inner Mr. T – by Mastering Metal