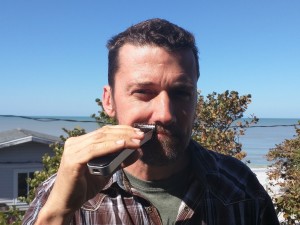 Money Mustache – Be Gone.  (photo credit: The Man who Gets His Cars for Free)

In my opinion, the first rule of being a reasonable person is admitting when you are wrong, so you can learn from it. So I want to admit something right now: I was wrong about spending money.

Remember how all this time I’ve been telling you that life is better if you aren’t focused on the pursuit of luxury? Yeah, well that turned out to be bullshit.

It was just a way of me trying to fool myself into believing I could be happy spending less money. Because I didn’t really have any other option at the time. Now that the money has started rolling in, I realize that the other rich people weren’t so dumb after all.

See, without really planning or deserving it, I stumbled into a goldmine by starting this website. It has become a truly once-in-a-hundred-lifetimes situation, with over 18 million people stopping by so far and hundreds crawling around at any given moment. With this level of traffic, even the minimal level of advertising you see at the bottom is enough to make freight trains of cash. More than enough money every month, for a family to live extremely well on for a year.

The pressure of all this money gradually overwhelmed me. It started with just tossing a $7.00 chunk of imported Gouda cheese into the shopping cart every now and then. I started throwing in a 12-pack of craft beer even when they were priced at 18 bucks, and sharing them freely with friends on the back patio. Then I bought my brother’s family a nice new fridge, because it was his birthday and they really needed one to complement their excellent cooking skills. I didn’t even notice the loss of that $1500 for a second. It makes me feel good every time I visit and see them putting it to good use.

So this made me realize, hey, even leasing a top-of-the-line Tesla Model S P90D at $1400/month would be just an imperceptible nibble out this incredible torrent of money. And I like fast cars. Especially when they are built on revolutionary technology that will change the world as we know it. It seemed worthwhile to at least try owning one to see if it would actually make my life happier. And it did.

Mrs. Money Mustache was not a car person at all, until she set the vehicle to “Ludicrous mode” and hit 60 MPH in 2.8 seconds. Now we have his and her Teslas. 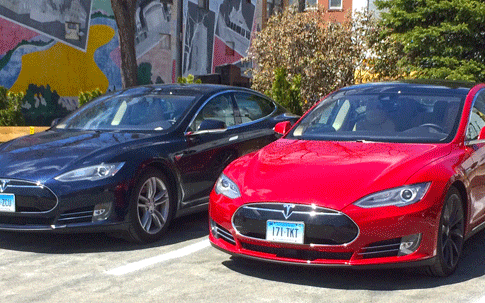 Mine’s the red one.

I had been living in a 1532 square foot house with no garage, constantly moving things out of the way so I could get to other things. The place was too small. Why live this way? I could afford a bigger house. In Cash. Every year!

So we bought one – a nice 8200 square foot place just a couple miles away. You can still get a lot of house here in Longmont for $1.8 million, and with the interest rates so low, the mortgage payment on this place is only $8,500 per month. That’s a lot of money for a normal person, but again, at this new higher level it amounts to a few hours of work. Why the hell not? 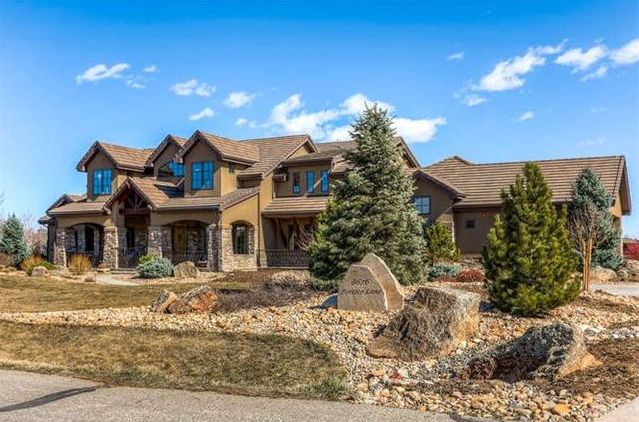 Now the three of us finally have room to stretch out. To host family and friends in style. To do our own stuff without getting in each other’s hair.

I think I have finally absorbed the message of the many successful people that have stopped by to educate me in the comments sections of every newspaper I’ve had the good fortune of interviewing with over the years: My money is my own. I earned it, I deserve it, and it’s nobody’s business how I spend it.

After just a few more changes including some help with the house cleaning and gardens, private school for little MM, food delivery and better restaurants (turns out we don’t really like cooking after all), I found that our annual budget had swelled a little. We went from about $25,000 to $256,000.

Even after this adjustment, we’re still saving plenty, so where’s the problem? And we are much happier for the change.

Frugality is fine – I’ve still got plenty of tightwad cred with my programmable thermostat, a hole in my favorite sweater and duct tape patches on some of my winter gear.  But no more of this extreme frugality like the old Mr. Money Mustache. That’s for poor people. 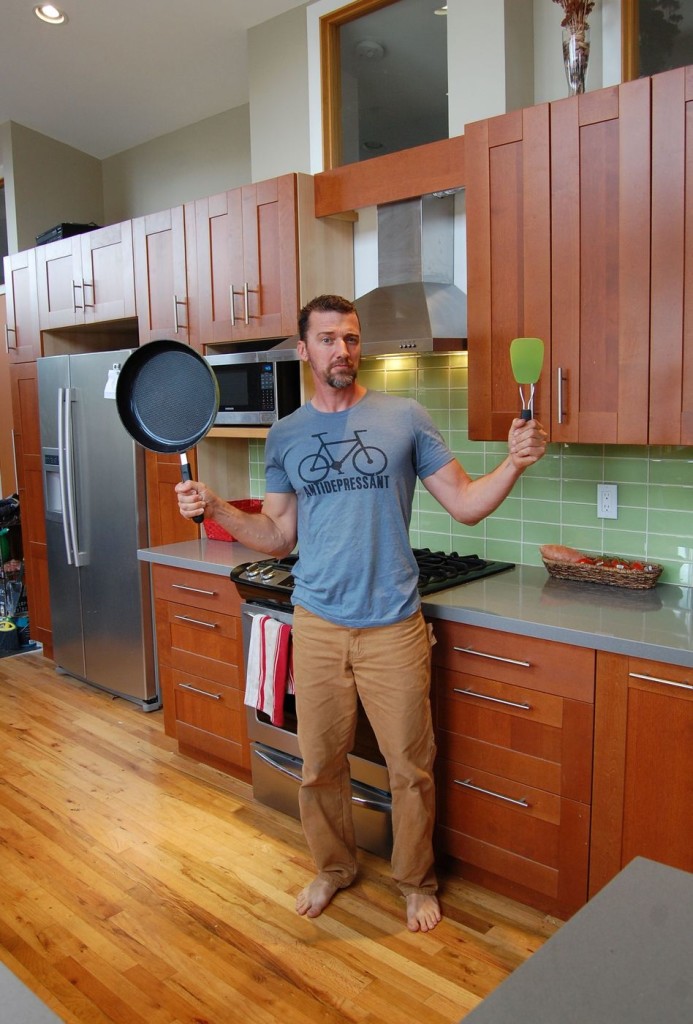 In real life, this is the extent of my fanciness. No McMansions, but still a pretty fine mostly-complete kitchen if I can flatter my own DIY skills a little. And I even upgraded my frying pan and spatula this year.

The part about the excessive income is real*. But I only mention it to show other wealthy people that we don’t live this slightly-less-ridiculous-than-average lifestyle because it’s all we can afford. We just live the best life we can dream up given our current level of skill, and this is what it happens to cost.

Our total 2015 Actual Spending was $23,941.44 according to the spreadsheet. While most humans that have ever lived since the invention of currency would find this to be an insanely high amount to work with, it can be a surprise to some of my fellow one-percenter Americans. So here are a few mental adjustments to keep in mind:

So all told, we consume at an equivalent rate to a fairly financially irresponsible family with an  income of $62,000 per year. That is, if a family of three earned $62k, paid tax, foolishly took out a mortgage on a $400,000 house, and saved just a tiny bit into the 401(k), they’d run out of money at roughly this level of spending. 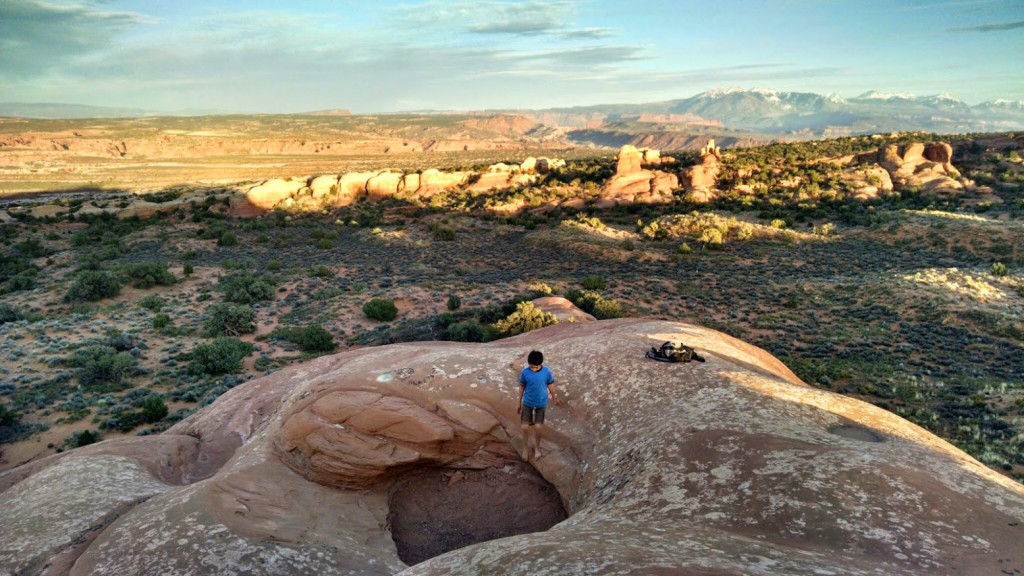 Exploring Arches National Park with my little buddy during a camping trip there, April 2015

If they commuted to work in large cars like most people do, add another $15,000 or so. With just a few other nudges towards “normal” (cable TV or a taste for Starbucks or fancy shoes, for example) a lifestyle no more noticeably fancy than my own would consume an entire $100,000 salary very easily. So it’s not really an ultra-frugal life. Just a somewhat optimized version of an upper-middle-class life.

And here’s where it all went:

And so it goes – the years turn by and our spending barely changes. Someday there will be more exciting surprises in this report, but for now life remains happy without becoming more expensive.

I usually don’t intrude too much in the comments section, but since there are a bunch of new people here these days I originally put up an open invitation here for any and all questions.

It was overwhelming but fun – I spent the entire April 1st furiously typing and clicking on the computer to answer questions. Maybe hundreds of them – I didn’t even keep track. All I know is that I have a very sore neck and a flabby midsection from spending almost the whole day indoors today. So I have to sign off – sorry I didn’t get time to answer all of them. Tomorrow calls for beautiful weather so I’m getting back out there.

You can read the results in the comments below.  I hope some of it is useful to you!

How to track your spending: We do almost all spending using a good cash-back credit card, and let the Personal Capital and Mint apps automatically categorize everything and display it in pretty pie charts and percentages for us. As a non-budget person, I find this method of tracking to be revolutionary, as it happens even when you are busy living life and forgetting about money. If you prefer to work within the more disciplined framework of a budget, take a test drive of You Need a Budget. Used by a surprisingly large number of Mustachians, which is how I heard about it in the first place.

* So what will I do with so much extra cash? Why do I bother continuing to make any money if I don’t need it for myself? Many people ask this. The answer in my case is to continue to live roughly at this level of consumption, lead a secure and generous life, and reinvest the rest back into society, both through traditional charity and interesting projects made possible by the reach of this website (renewable energy, advocating bikes, making better cities, etc).

Previous Post: How to Carry a Big Wallet and Leave a Small Footprint Next Post: 1400 Miles of Non-Driving in a Tesla